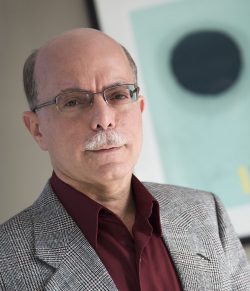 Rich received his MA and PhD degrees from Ohio State University where he currently is Distinguished University Professor of psychology. Much of his current work (and that of the students and colleagues with whom he collaborates) focuses broadly on the situational and individual difference factors responsible for changes in beliefs, attitudes, and behaviors. Topics of special current interest include: understanding the role of meta-cognitive (e.g., confidence/certainty) as well as implicit (automatic or unconscious) factors in persuasion, resistance to change, and advocacy; the effect of racial and ethnic prejudice, specific emotions, and morality on social judgment and behavior; and investigating how people correct their evaluations for various factors they think may have biased their judgments. He has received career contribution awards from SESP, SPSP, SCP, and PMIG. His prior service includes editing PSPB and serving as President of SPSP, FPSP, and MPA. His work has resulted in 8 books and over 350 journal articles and chapters.

Duane received his MA and PhD degrees from Ohio State University. After serving as Assistant Professor of psychology at Yale and Associate Professor and Full Professor at Purdue University, he joined OSU in 2010 where he is currently Arts and Sciences Distinguished Professor of psychology. His research focuses on attitudes and bias correction. Current topics include influences on the amount and nature of information processing, antecedents of various aspects of attitude strength, meta-cognitive influences on use of attitudes in judgment and behavior, and antecedents and consequences of perceptions of persuasive source characteristics. His research extends theories of attitudes and bias correction across domains such as stereotyping, misinformation effects, impression formation, and judgment and decision-making. His recognitions include the APA Early Career Award for Distinguished Scientific Contributions to social psychology (2001) and serving as editor of PSPB (2013-2016). His research has resulted in 1 book and over 100 journal articles and book chapters. 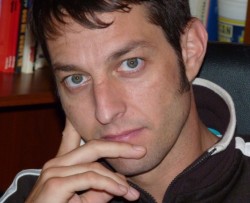 Pablo received his MA and PHD degrees from the Universidad Autónoma de Madrid where he currently serves as Distinguished Professor of psychology. After a postdoc with Richard Petty, he continues as a regular visiting scholar at Ohio State. His primary research interest focuses on the study of the psychological mechanisms underlying attitudes and persuasion with an emphasis on metacognitive processes and measures of change. In 2017 he received the Kurt Lewin Medal from the European Association of Social Psychology as a leading mid-career researcher in social psychology. His research has appeared in the field’s top journals and includes more than 100 publications.

Nick received his Bachelor of Arts degree in psychology from George Mason University.  He is now a first year student in the social psychology program working on his masters thesis.

Jaroth received his Bachelor of Arts degree in psychology from Reed College in 2017. He is currently a third year student in the social psychology Ph.D. program. Jaroth’s research interests lie broadly in the domain of social influence, specifically regarding persuasion, compliance, and conformity, with related interests in group dynamics regarding intergroup discrimination and biases. He is especially interested in how and why people resist such influence. Jaroth is also currently investigating the determinants of hypocrisy judgments and especially how they are related to perceived morality. Jaroth can be reached at lanzalotta.1@osu.edu. 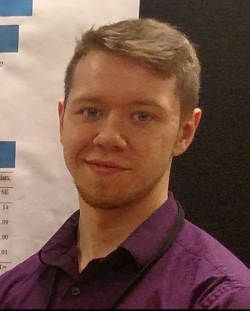 Mark received his BA in psychology with minors in both history and professional writing from The Ohio State University at Mansfield in 2016 and his MA in general psychology from the University of Dayton in 2018.  Currently, he is a second year student in the social psychology Ph.D. program.  His research aims to examine: (1) how individual differences in beliefs and personality affect persuasion processes, and (2) when and why attitudes become integrated into one’s self concept with a focus on how those attitudes influence behavior.  Mark is passionate about working on projects involving interpersonal relationships, religion, morality, politics, and self-development.

Aviva received her B.Sc. in psychology from the University of Toronto in 2016 and her M.A. in psychology from Ohio State in 2018. She is interested in the implications  of moral conviction for persuasion, self-regulation, and processing fluency.  She is particularly interested in what it means to perceive than an attitude is based in one’s moral beliefs, and how this perceived moral basis affects individuals as recipients of persuasive messages.  She is also interested in attitude ambivalence, and the instances when feeling torn about a given issue can actually lead to increased advocacy and persistent belief in misinformation.

Joe completed a BA in history from the University of Maryland-College Park in 2009 and, following post-baccalaureate work in psychology at CUNY-Brooklyn College, began OSU’s social psychology PhD program in 2017. His research investigates the influence of relational motives (like affiliation and distinctiveness) and epistemic motives (like validity and closure) on attitudes and persuasion.  Joe is particularly interested in implications of these processes for political psychology.  For example, his recent work explores the role of partisanship in determining responses to positive versus negative persuasive political messages.  He would be happy to hear from you at siev.1@osu.edu.

Mark received his BA in psychology from SUNY-Geneseo in 2015 and he is currently a fourth year student in the social psychology Ph.D. program. Mark’s research interests broadly lie in the examination of how attitudes influence one’s perceptions of information and why people rely on certain pieces of information about others. Recently, Mark has been examining how attitudes and perceptions of the source can affect people’s reaction to numeric anchors. Additionally, Mark has been investigating how and why people continue to rely on retracted misinformation and the consequences this continued reliance may have.

Jake received a BS in psychology and philosophy from Santa Clara University in 2012, and anticipates receiving his Ph.D. in social psychology from Ohio State in Spring, 2020.  Throughout his graduate training, Jake has worked with both psychology and marketing faculty to develop two primary streams of research.  The first is on the antecedents to information spreading (i.e., understanding when and why people try to convince others of their beliefs), and the second is on consumer metacognition (i.e., how consumers’ thoughts about their thoughts and feelings influence their marketplace behavior).  For more information on Jake, his other research interests, and his weekly blog — where he discusses relevant and surprising research in psychology and marketing — check out his website at www.everydaypsych.com).

Laura received her BA in Organizational Communication from Xavier University in 2012 and her MA (2015) and Ph.D. (2019) degrees from Ohio State. As a graduate student, she was supervided by Duane Wegener and funded by a National Science Foundation Fellowship and and Ohio State University Presidential Fellowship.  She is currently a postdoctoral researcher in Ken Fujita’s lab.  Her research program integrates the traditions of attitudes/persuasion, social cognition, social motivation, and inter-group relations to understand the mechanisms underlying social change.  Her multi-disciplinary approach to the psychology of change draws from each perspective to develop basic theory with an eye toward informing policy and interventions targeting issues related to diversity, politics, social movements, education, and health.

Nancy received her BA in psychology from the University of Virginia in 2015 and her MA in psychology from Ohio State in 2017.  She is now a 5th year graduate student in the social psychology Ph.D. program. She is particularly interested in investigating the motivations (i.e., learning and expression) behind people’s general need to form evaluations and their differential implications in self-persuasion as well as online word of mouth domains.  Currently, she is working on projects examining moral attitudes and their influence on people’s open-mindedness as well as their attitudes when encountering one- versus two-sided messages.  Nancy can be reached at xu.2142@osu.edu.